Skip to content
Nehad Khanfar – The Liability of the International Arbitration Institutions on the Arbitrator’s Errors: An Examination of the Influence of legal traditions of Civil and Common Law

The Liability of the International Arbitration Institutions on the Arbitrator’s Errors: An Examination of the Influence of legal traditions of Civil and Common Law 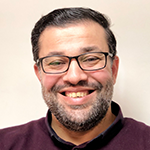 Arbitrators enjoy a strict immunity in the countries who adopt the common law systems such as England, the United States and others. That is to say, the arbitrators would not be legally liable for the errors occur as a result of the arbitral process. Therefore, some other international arbitration institution such as ICC has adopted this. However, the situation would be different when it comes to the countries who adopt the civil legal systems, where the arbitrators are being held legally liable if errors occur because of the arbitral process.

The international arbitration is widely influenced by the common and civil legal systems. As a result, both systems have to be discussed when examining the immunity of the arbitrators. This paper seeks to critically examine the influence of the civil and common laws on the conceptual and contextual aspects of the arbitrator’s legal liability. It also seeks to investigate the philosophical bases of both systems in adopting two different approaches towards the liability and immunity of the arbitrators. Furthermore, an examination of the institutional liability on the arbitrator’s error and how is defined and developed by the traditions of the common and civil laws. This will be followed by studying different theories of arbitration that directly influence on the practical issues related to the arbitrator’s immunity. Therefore, the jurisdictional theory, the contractual theory, the hybrid theory (or the mixed theory) and the autonomous theory will be subjected to the discussion in this paper.

Dr. Nehad Khanfar obtained his PhD from the UK in Comparative Law (mainly English and Islamic) before starting to lecture at An-Najah Law School, Palestine, in 2010. In 2011, he moved to London and began lecturing at the Islamic College-Middlesex University.
In addition to teaching comparative private law, Dr Khanfar has developed an interdisciplinary academic interest in Islamic family law, Islamic finance and economics, research methodology (critical thinking). His academic publications have focused on comparative Islamic finance from a legal point of view.

He is a qualified commercial/financial arbitrator. He has significant experience in supervising students at MA and PhD levels in British universities in interdisciplinary subjects and is an active and regular contributor to conferences and workshops on Law, Islam, finance and economics in the UK. He works as a reviewer for the International Journal of Islamic and Middle Eastern Finance and Management (IMEFM), also with Cambridge scholars Publishing in Comparative Law area, and most recently as a reviewer with SHARIAsource- Harvard Law School.