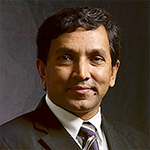 International trade law should adapt itself to the dynamic changes in the global trading system. It is only when the laws are not refined to such changes some countries tend to take unilateral measures to either promote or protect their respective markets for example by means of imposing punitive tariffs. Such measures may inevitably lead to counter measures being adopted by the affected party. If more and more countries resort to adopting such unilateral disruptive trade measures and counter measures, it may seriously undermine and threaten the dynamics and stability of the multilateral trade system. A case study approach will be adopted in this paper examing the nature of trade tensions that exist among the worlds three largest economies, United States, Peoples Republic of China and the European Union in order to highlight the current challenges facing the multilateral trading system.

The underlying objective of my paper is thus to examine and identify the shortcomings in the current legal regime regulating the international trading system. Apart from examining the extent to which the World Trade Organization rules could be amended or refined, the paper will also argue that the establishment of regional organizations such as the European Union and further strengthening of trade relations among the member countries such as the Leaque of Arab States may be a useful prescription in order to eliminate or at least minimize the tension that regularly arises in the multilateral trading system.

Lecturer in Law and International Affairs, The George Washington University
Deputy Director, The Center for Water Security and Cooperation & Professorial

Academic degrees:
I have a Bachelors. Masters and doctoral degree in Law.
Scientific publications:
I have published four books and about one hundred scientific papers in Swedish and International law journals.
Conference presentations
I have presented several scientific papers in international law conferences such as in Sweden, some countries within the EU, Russia, China, India, etc.
Recent publications relevant to KILAW:
1. ‘Current developments in the enforcement of WTO rulings under European Union Law’, [2015] International Trade Law and Regulation 102-115.
2. “ A legal analysis of the ECB’s OMT program to combat the debt crisis” (2015) 30 Journal of International Banking Law and Regulation 349-358.
3. “A legal analysis of the control of national budgets by the EU institutions” (2015) 30 Journal of International Banking and Regulation, 251-260.
4.  “The impact of the financial and fiscal crisis on regional integration within and outside EU” (2015) Chinese Journal of International Law 35-50.