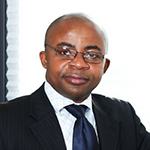 Migration and refugee crises have taxed financial and natural resources of states around the world, causing widespread instability, shortages of scarce natural resources, and deep concerns about the future of many governments.  Many states have taken steps to stall these flows of persons, including closing borders and using third-party states as holding pens for refugees and migrants.  Citizens have also embraced autocratic governments that espouse anti-immigrant rhetoric, changing the future of many European and Middle Eastern countries.  At the core of this issue are states that are unable or unwilling to protect their populations.  In some cases, states have deliberately targeted civilians and natural resources, making it impossible for civilian areas to sustain lives and livelihoods.  In others, mismanagement of resource and poor governance have led to mass migrations as failing states become unable to provide basic resources to their citizens.  The costs of these citizens have fallen upon receiving states who have been tasked with containing and providing for these migrants and refugees.  While the international community and international organizations have provided some assistance, the needs of these millions of people are still unmet.  Additionally, countries are now faced with essentially permanent refugee and migrant camps, unplanned and expansive settlements that appear to be the foundations of new, but isolated, cities.

At their core, States have always been responsible to provide for refugees under international law, providing resources and safety, up to resettlement.  Migrants have often been placed outside of international law’s mandates, with the exception of those who can make a valid asylum claim that stalls deportation and allows non-refoulement to become a barrier on state action.  But that does not change the reality: that states are being overwhelmed by large scale refugee populations and migrations that have rebalanced the populations of the world.  From Bangladesh, to Hungary, to Libya, to Papua New Guinea, to Turkey and to Jordan, the sheer numbers have threatened to overwhelm States and their ability to contain these functionally stateless persons.

This paper will discuss how international law has evolved in the past decade, starting with the existing custom and treaty laws of the 1950s, to provide potential international claims for these receiving states.  The ability of States to seek redress under international law from countries that have caused the crises or allowed them to foment and grow will be determined, using recent international precedents derived from responses to natural disasters, to protection of the environment, to human rights to international criminal law.  Through this investigation, this paper will help define the rights of states who have been tasked with providing new homes for millions, including the responsibilities of other states who have avoided resettlement of refugees.  By defining the mechanism for States to lessen the burden on their finances and their natural resources, this paper will provide a path forward for receiving states that ensures a greater share of stability and economic growth of the coming decades.

Dr Osuji previously practised in corporate and commercial law before becoming an academic. He is qualified as a barrister and solicitor of Nigeria and a (non-practising) solicitor of England and Wales and has advised individuals, corporations, and national and international governmental and non-governmental organizations. He has presented papers in several international conferences and has published extensively in books and reputable international journals in the areas of corporate governance, corporate social responsibility, globalization, regulation, consumer protection, social and non-financial reporting, and multinational enterprises. Dr Osuji’s recent publications include: Corporate Governance in Developing and Emerging Markets (Routledge, 2017); “Rights and Corporate Social Responsibility: Competing or Complementary Approaches to Poverty Reduction and Socioeconomic Rights?” (2016) Journal of Business Ethics; and “Corporate Social Responsibility, Juridification and Globalization: ‘Inventive Interventionism’ for a ‘Paradox’” (2015) International Journal of Law in Context. His forthcoming publications include: CSR in Developing and Emerging Markets – Institutions, Actors and Sustainable Development (Cambridge University Press, 2019);  Enhancing Board Effectiveness – Institutional, Regulatory and Functional Perspectives for Developing and Emerging Markets (Routledge, 2019); Multinational Enterprises, Corporate Social Responsibility, and Non-Financial Reporting: Globalization and Boundaries of Juridification (Edward Elgar); and  Corporate Social Responsibility in Developing and Emerging Markets: Public and Private Regulation (Cambridge University Press).